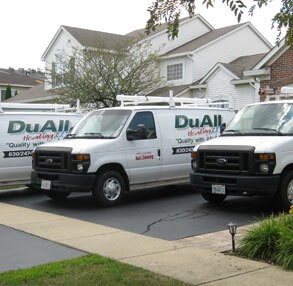 Why Do We Celebrate April Fool’s Day?

On April 1st all the comedians come out: practical jokes, hoaxes, tricks and other games are played by children and adults alike. Despite the persistence of this tradition, no one seems to know where or why it originated. Like that salt in your sugar, its origins are puzzling. Many have conjectured various histories about this day on which we glorify the fool. Let’s take a look.

One possible explanation involves confusion surrounding the introduction of a new calendar introduced in 16th century France. Until 1564, what’s known as the Julian calendar was largely accepted. This decreed that the New Year began around April. King Charles IX changed the calendar year to the one we use today, which begins on the 1st of January. The 4–month differential caused quite a stir, to say the least. Those who refused the change or remained ignorant of it became the butt of jokes. In our age of rapid global data transfer, we would expect to be informed within hours of such a large–scale change. Back then, the shifting of dates in the rural countryside where literacy was rare may not have been recognized by many folks for months, perhaps years. Thus, the April’s Fool emerged as the unfortunate person who celebrated New Year’s four months late. Or so the story goes. Other histories have drawn on similar holidays in ancient Rome and India. Hilaria, from which we get the word "hilarious," was a day of Roman festivities thrown in glory of the god, Attis. Today, it’s known less subtly as Roman Laughing Day. The Holi festival in India celebrates spring’s arrival, and people often play tricks on one another.

April Fools in the calendar sense is no longer possible, perhaps. But our gullibility may not have declined much.  Last April, there were a number of large–scale commercial hoaxes that seemed to trick the public, if only for a day. To name just a few:

These are just some of the pranks to look out for this April Fool’s Day.

Cleaning up your home for spring is an excellent way to get together with family members to make your home a more hygienic, allergy–friendly, and clean place to live. Aside from polishing the furniture, organizing closets, dusting those hard–to–reach places, your heating and cooling systems also require your attention. Below are some tips to help you prepare for the summer months. For further information, get in touch with a professional.

We had a very good experience. Larry was very patient with us while we were in the decision making process. He listened to our concerns and went the extra mile to calm our concerns and deal with our issues.

Offering services to the
Southwest Suburbs of Chicago

See if we service your area

Connect With Us
No Payments, No Interest for 12 Months
6.99% 5 Year Loan*
Join Our Newsletter
Payment Options